Some families have a tradition of waking up on the weekend and making pancakes, french toast, eggs, etc.  While all of that sounds delicious and I am sure that as the little one gets older this will be tradition that we take on lately I have begun what has turned into just the usual on a Saturday morning.  As I have begun this journey to stop the waste of food, preserving and being more self sufficient I find my self starting my weekend mornings in a similar way for the last few weeks.

After the changing of diapers, and feeding of the little one I head into the kitchen where there have been a hand full of cucumbers sitting on the counter for the last week.  As the growing season is just getting under way these are store bought cucumbers and as we all know, they do not last on the counter for very long compared to a freshly grown cucumber from my garden.  I take down my dehydrator from the shelf, grab a mixing bowl, peeler, mandolin slicer and get to work.  I slice up all the cucumbers, toss them in the bowl and toss them in a little bit of apple cider vinegar.

Once they have been sliced and gently tossed in the apple cider vinegar its time to lay them out on the dehydrator trays. I spray the tray down with some non stick spray and lay them out.  Once I have one tray finished I apply a coating of a BBQ dry rub.  The same rub that I use on my ribs and chicken when I put them in the smoker. On a typical Saturday morning I will fill about 5 of the trays.  If I have a left over tray sometimes I will look for a tomato.  While a beefsteak tomato may not be ideal for snacking on as say a roma, I like to throw at least one on to the top tray as I believe it adds just a hint of flavoring to the chips.

Once all this is done its time to set the dehydrator to between 135-145 degrees (Fahrenheit) and go on with my morning and start my day.  Leaving this running on the counter in the kitchen fills the house with a delicious aroma leaving you waiting and wanting.  Trying to keep hands off the dehydrator for the 6 hours it takes can be a chore in itself as inevitably around hour 4 someone wants a taste.

6 hours later it is time for them to come off.  Removing the first tray and peeling them off the rack to place on a plate to cool down.  Of course you have to steal a bite.  Always remove them and let them cool on a plate first.  Don’t just throw them in to a plastic bag or jar.  Letting them properly cool helps get them to the crispness we desire.

In my house they don’t last long.  Typically by Tuesday morning they have all been snacked on and are gone.

This is my dehydrator of choice.  It was given to me as a gift years ago and I love it.  Recently I added more trays to fit more in the dehydrator at once. 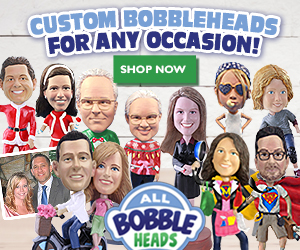